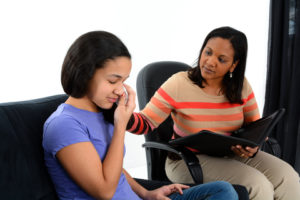 In a new guideline, the USPSTF recommended that primary care clinicians should screen adolescents aged 12 to 18 years for MDD. There has been adequate evidence found that screening tests could help detect depressive symptoms and lead to appropriate treatments. Adolescents who are screened and identified in primary care settings as having MDD and then treated have a reduction in symptoms and an improvement in daily functioning. In drafting the guideline, Dr. Siu, chairperson of the USPSTF, identified five studies on the accuracy of screening for MDD in primary care facilities and six studies on the efficacy of treatment. The authors noted there was no direct evidence of harm for screening in a primary care facility and the screenings had “reasonable accuracy” for picking up adolescents with MDD. When treatment is provided, the degree of harm resulting from antidepressant-related adverse events, psychotherapy, and collaborative care appeared to be beneficial and were not associated with significant harm.

The USPSTF recommend screening this age group when adequate systems are “in place to ensure accurate diagnosis, effective treatment, and appropriate follow-up.” The recommendation grade of B was given which indicates there is moderate certainty that the net benefit is moderate to substantial.  There are several tools available for screening adolescents. The two most commonly studied are the Patient Health Questionnaire for Adolescents and the primary care version of the Beck Depression Inventory. The USPSTF opted not to issue any recommendation on screening for children aged 11 years and younger because of insufficient evidence. In addition, they note that more research is needed to better assess the effects of screening children on their health outcomes, the effect of comorbidities, the effectiveness of psychotherapy and combined-modality treatments, and the incidence of uncommon adverse events.

There are several risk factors that might help identify individuals who are at higher risk for developing symptoms of depression. These factors include, female gender, family (especially maternal) history of depression, prior episode of depression, other mental health or behavioral problems, chronic medical illness, overweight and obesity, and, in some studies, Hispanic race/ethnicity. Other psychosocial risk factors include childhood abuse or neglect, exposure to traumatic events (including natural disasters), loss of a loved one or romantic relationship, family conflict, uncertainty about sexual orientation, low socioeconomic status, and poor academic performance.