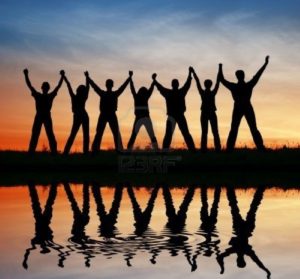 In a time where social media has us collecting people as “friends” or “followers,” one wonders how many of these relationships are real and, perhaps more importantly, how many of these bonds are strong enough to really be considered relationships? There has been some debate about how strong these ties need to be in order to consider people as close to you.

Robin Dunbar suggests that most people have around 150 stable relationships, this has become known as “Dunbar’s Number.”  A stable relationship in this sense is described as knowing who the person is and how he/she relates to others in the group of stable relationships. So, I’ll issue an apology to those individuals with thousands of friends or followers before I say: “I don’t think so!”

Click on the following link if you’d like to hear an interview with Dunbar about “his number.” http://www.guardian.co.uk/technology/video/2010/mar/12/dunbar-evolution