Standard care for children who have suffered from a concussion consists of rest. An environment where stimulation is minimized (no school, no physical activities, no strenuous cognitive activity, minimal social interactions, etc.) has been the standard recommendation for many years. 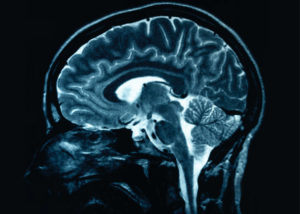 A recent study conducted by Danny Thomas and his colleagues yielded surprising findings regarding optimal length of rest for children and adolescents following a concussion. The study consisted of 88 participants between the ages of 11-22 who had been diagnosed with a concussion and discharged from the ER. One group was instructed to rest at home for one to two days, and the other for four to five days. Surprisingly, follow-up neurocognitive and balance assessments showed no differences between groups after 10 days, and the group that rested longer complained of more physical symptoms (e.g., headache, nausea) after one to two days, and more emotional symptoms (e.g., irritability, sadness) over the duration of the study.

The researchers hypothesized that resting at home for a longer period of time lead the participants to experience their symptoms as more severe and potentially life altering. With more research, there may be a shift toward recommendations for shorter rest in children who have suffered from a mild concussion.