Upon entering graduate school, everyone told me that internships were competitive and difficult to obtain. That’s what everyone said about getting into graduate school, and I had managed that one with ease. No one ever mentioned the possibility of not matching to an internship site, nor did they ever say that it could feel impossible to secure a placement. I approached the process thinking it would be difficult and require a lot of hard work, but I believed it would turn out fine and I would head off into the unknown when the time came fully prepared to tackle the upcoming adventure.

Applying for internship for the first time was one of the most intimidating processes I’d ever encountered. My first attempt was the first year everything had gone completely electronic.  I signed up for the list-serves, bought and read the preparation books, and talked to anyone who was willing about the process. Every source I checked suggested that. applying to more than 15 sites was not all that much more beneficial. I had read about A, B, and C sites and tried to have a fair mixture of each, at least to my own inexperienced rating.  I settled on applying to 18 different sites that first year. I worked diligently on my essays and cover letters, seeking the opinion of anyone willing to read over the materials. The time finally came when I had to begin submitting applications and I did so with significant trepidation. No matter how much work I had put into the materials, I was fearful that it wouldn’t be enough. Even though I knew there were fewer internship sites than students, I felt moderately confident that I would secure interviews and ultimately a placement. I waited anxiously for those interview announcements, but it

Match day arrived and I was left with no internship placement. That year, the Clearinghouse was still in place. Nothing could have ever prepared me for that experience. It was one giant, chaotic free for all! I was frantically checking e-mails and leftover sites on my computer, while two others also went through sites to help me locate possibilities. I was sending information to as many places that I could find. We were in a room of other unmatched students, all of us competing for the few remaining slots. People were being offered phone interviews on the spot and some were accepting offers right then. I didn’t get any phone calls that day, nor did I get any in the future. I began obsessively checking my e-mails for responses, only to find rejection after rejection. I became consumed with refreshing my e-mail page to look for responses from sites I had contacted. I was up all night frantically checking and rechecking the e-mail. With each rejection e-mail my spirits, optimism, and self-esteem dropped. The faculty at my school continued to tell me that sites routinely came available throughout the year and to continue checking routinely. I had put in so much effort and had been beaten down with every rejection day after day that the point came when I couldn’t take it anymore. I had to make the decision to stop looking for a site that year. After all, I had to make decisions about living and school (e.g., Do I sign a new lease at my current apartment? Do I take more classes?). 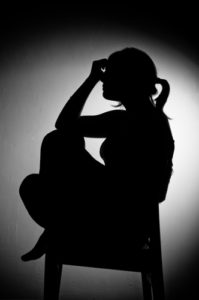 Always Have a Plan B.

and wait until the next year to apply. I had no idea what to do in the meantime. All of my courses were complete and my dissertation was almost ready for defense. What was I supposed to do? No one seemed to have an answer. I had gotten my Master’s Degree along the way and I decided to take a couple of additional courses to allow for licensure at the Master’s level in my state. I would recommend this to anyone in the process, as you never know when you will need a Plan B.

Year two comes around and I’m feeling less than confident. I had been told the previous year that my essays and cover letters were good and ready for submission to sites. When I had people review them for the second year, some of whom were the same as the first year, suddenly my materials were all wrong. I essentially started completely over on essays and cover letter format. This left me feeling more than confused, as I had been told they were good the first year. Were they really? Maybe that is why I only secured one interview and didn’t get placed? I had been questioning my writing ability, training, and clinical skills for the past year wondering if I was at the level that was expected of quality interns. This information just added fuel to the fire that I was an inadequate student.

I applied to 25 sites that second year, submitting completely revised essays and cover letters. My confidence was shaken, but I never suspected that I would go unmatched for a second year, but that is exactly what happened. I had only been offered a handful of interviews during the second year. I was ready to quit. At that time in my mind there was no point in continuing, yet I persevered. That year, they had eliminated the clearing house and instituted Phase II of the match. Thank goodness! In Phase II I applied to site after site. I lost count after I realized I had applied to over 60 sites between Phase I and Phase II. I had a couple of telephone interviews in Phase II, but still came up empty handed. I was devastated. My self-esteem was practically non-existent. I was convinced I had wasted 6 years of my life on a degree I was never going to obtain. I began to believe I was not qualified to even receive the degree. It was very confusing because I had done well in all of my classes and my program had said I was ready for internship, yet I couldn’t get a placement. What to do now?

You’re only given 7 years to obtain your doctoral degree, at least in my program. If I had gotten an internship that year, I would have completed in 7 years. Now I had no internship and my time limit was going to expire. I had to petition my program to allow me to stay another year to attempt to secure an internship for the third time. Everything else was done. All of my courses, my dissertation, and three practicum placements were completed. I wanted to give up, but I refused to let the system win. My self-esteem was shattered, but I kept reminding myself that numerous qualified students don’t get matched to an internship. I didn’t feel like a qualified student anymore. What could I do differently? How could I increase my chances of getting an internship the next time? I decided to get licensed as a mental health counselor in my state as my Plan B. I knew that this third attempt would be my last. I couldn’t financially survive another unmatched year. I also decided to take on another practicum placement and broaden my experiences. I hated to spend the extra in student loans, but I was desperate and willing to try anything. In order to survive financially, I also had to move back home with my parents and take on an outside job. I ended up working full time at a gas station for minimum wage, going to practicum 20 hours per week, and attending class 2 hours a week, all while living with my parents at the age of 29. I don’t think my self-esteem could have gotten any lower!

I went through the process of completely rewriting essays and cover letters. Once again my materials were ripped apart and I had essentially lost all hope that I was even remotely qualified to get an internship. I had prepared myself as best I could for failure. I expected not to get matched.  I applied to 28 sites for my third and final year. To my surprise, I came out with 7 interviews. I put everything I had into those interviews, still expecting no positive results. I put in my rankings and I waited. I began making plans for life without a doctoral degree, but having the student loans of a doctoral degree and then some. I had come to the conclusion that I would be forced to work at the Master’s Level indefinitely, making less money and struggling the rest of my life to pay back student loans and survive. This possibility was better than nothing, but the outlook was still bleak.

Match day came and to my surprise, I not only secured an internship, but I got my first choice. I was so happy and excited! Finally, I was going to get the chance to complete my degree requirements and earn the doctor title. That’s when the real panic set in. I had been beaten down emotionally and my self-confidence and self-esteem were essentially gone. I was going to have to start working at this new site. How long before they realized I was completely unqualified for the position? After all, how many sites had already rejected me? What I thought I had wanted for the past three years turned out to be one of the biggest sources of panic I had experienced through the entire process. I felt like a fraud. I felt unprepared and incapable of adequately performing at the level expected of a doctoral intern. I was certain they would immediately see through me and know that I had absolutely no clinical skills. I was totally terrified.

Internship start day arrives and I’m on the verge of paranoia. Each day I believed would be the day when someone would call me out for the fraud that I felt certain I had become. Day by day and no one sounded the alarm. In fact, I kept getting more and more positive feedback about my clinical skills and my approach to treatment. Over the course of the year, my eighth year of graduate school, my limits were pushed in ways I never thought possible, but every time I survived. No one ever gave any indication that I was behind on my skills or completely incompetent. Now, here I am, three weeks from completing the entire internship and getting my degree and all of my reviews and evaluations have been positive. While I have areas for improvement and places for growth, it turned out I was qualified for internship placement. Although I had felt like I wasn’t worthy of placement, reality was that the system is significantly flawed. There are far too many students and not nearly enough sites.

If I were to offer advice to upcoming internship applicants, the most important thing I could say is try not to let rejections break you down long-term. Initially, there will likely be a blow to your self-esteem but remind yourself of the true realities of the process. Each year the number of students grows exponentially compared to the growth rate of developing sites. This is a problem that needs serious attention from regulatory parties including the APA and APPIC.  Always have a Plan B. Provide yourself with opportunities for survival in preparation that you may not secure a site on your first, or even second attempt. Vary your experiences and make yourself even more competitive for sites. Most importantly, never stop learning, growing, and developing yourself as a clinician. Pursue your dream for as long as you can and make every effort possible to secure it. You have the skills and qualifications and it only takes one site to see that shine through and you can be well on your way to success. I am!