An article from U.S. News & World Report wrote about the importance of vitamin D and how our lives could depend on it! The article noted that some studies suggest that half of the world’s population has a vitamin D 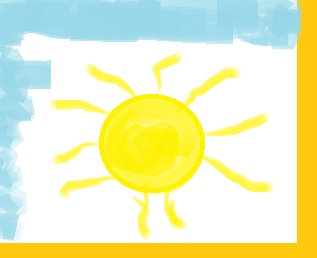 deficiency. They went on to discuss the conditions to which vitamin D deficiency can lead including cancer, heart disease, multiple sclerosis, tuberculosis, brittle bones, the common cold, and depression. A study released in August noted a link between vitamin D deficiency and increased risk of developing Alzheimer’s. Furthermore, a study published this week even found a link between low levels of vitamins D and risk of early death. The article quoted John Cannell, found of the Vitamin D Council who stated, “Thirty-seven different tissues in the human body utilize vitamin D and need it for adequate functioning.”

How can you get enough vitamin D?

1.     The sun! Although the article stated that production of vitamin D from the sun

decreases with age and those individuals with darker skin need more sun exposure for sufficient levels of vitamin D. Furthermore, sunscreen decreases the production of vitamin D (Sunscreen is very important! There are other ways to get vitamin D. Read on!)

3.     Supplements. According to the article, 800 international units of vitamin D per day is typically advised. It is possible to take in too much vitamin D, so do your research!