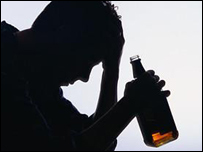 There are surprisingly few treatments that have been developed or tested for concurrently treating borderline personality disorder and alcohol use disorders. Several randomized studies have found that targeting personality traits in brief coping skills interventions is effective in reducing alcohol and illicit substance use. An approach called, Personality-Guided Treatment for Alcohol Dependence (PETAD), was created that integrates cognitive therapy for addictive behaviors with strategic interventions for maladaptive personality features. Compared to those receiving standard cognitive therapy, those in the PETAD condition were more likely to stay in treatment, and had significantly more days of alcohol abstinence at their six-month follow-up visit. In another study, Linehan et al. (1999) examined the efficacy of Dialectical Behavior Therapy (DBT) with patients with borderline personality disorder and substance use disorders. In this particular study, patients were randomized to one year of either DBT-S or treatments as usual (TAU). At the 16-month follow-up, DBT-S patients reported better social and global adjustment compared to the TAU group.

The only form of psychotherapy that has been specifically tested for the concurrent treatment of borderline personality disorder and alcohol use disorders is Dynamic Deconstructive Psychotherapy (DDP), a time-limited, manual-based treatment based on object-relations theory, deconstructive philosophy and neurocognitive research. Analyses from a study comparing DDP and TAU found no significant differences between groups during the course of the study, however, there were statistically significant improvements found over time on measures of parasuicide behavior, alcohol misuse, and proportion of patients needing institutional care for those receiving DDP but not for those receiving TAU.

In summary, DBT-S and DFST appear to have only modest effects on drinking behavior. Further research is clearly needed for all three psychotherapies. It will be important for future studies to explore the effectiveness of these psychotherapies not only in bigger samples, but also in samples of patients with dual diagnoses specifically of borderline personality disorder and alcohol use disorders.